Google is focusing a lot of efforts in eliminating malware attacks that are caused by apps hiding in Google Playstore. Usually, these apps act as if they are “normal,” which makes it hard for Google to quickly detect and terminate them. If you use a Google Play app for PC, then the bad apps may infect your entire system. Google knows about this and that’s why they are bringing out the big guns.

Google just introduced Play Protect. This new security tool from Google scours the apps in the Playstore and then investigates the privacy and security signals. The goal is to detect harmful signals before the app can proliferate. What’s more astonishing is that Play Protect uses deep learning to help it uncover bad apps. Delving into the specifics of the new deep learning program of Google can make things really complicated, really fast. So, let’s just cover the basics. What the new Google Play Protect does is that it groups all the similar apps together. Then, it tries to determine the common denominator of the grouped apps.

Once the app has gathered enough data, it will create a database of what is the “norm” for such category. If an app does something out of the “norm,” the new program will then flag the app. For now, there’s still little information if the app will automatically shut down the app or if the new security program will only temporarily put the detected app on hold before it’s forwarded to a human, who ultimately decides if the app poses a security risk to the user or not. 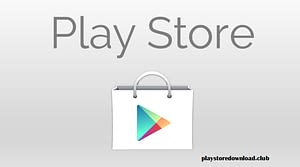 Another great improvement is in the recommendation department. When browsing Playstore, Google has sections entitled “Top Apps” or “Trending.” There’s just one problem: such sections typically feature bizarre results. Apps with blatant advertising and severely bugged are often placed higher than reliable apps. Even when using Google Play app for Pc, this is a big issue. Google is trying to fight this problem by deploying an AI that aims to improve the discovery algorithm.

The new algorithm integrates the use of “quality signals” in the ranking of the apps. The “quality signals” consider different factors such as user ratings, user engagement, and performance data. Once again, the new AI makes use of deep learning, which usually means gathering vast amounts of data and proceeds to analyzing. When the new system fully factors and ranks the apps, you can expect to see higher quality apps ranking higher compared to poorly developed or random apps. This should encourage most Google Playstore users to check out the “Trending” or “Top Apps” sections. As of the moment, hardly anyone uses these as most know that a lot of the choices contain many rubbish apps.

The new update also incorporates “smarter” user understating. This means that the search engine for the apps will try to better understand what the user is searching. According to Google, users don’t usually type in names of a specific app. Rather, they usually punch in random words that are related to the app they are looking for. Google wants to provide a better Playstore engine; thus they have deployed an AI-based neural network that attempts to predict what the user wants in relation to the punched-in keyword. For example, if you search for the word “photo,” the new system will now feature apps that allow you to edit photos, but also apps that have a sharing option. As a result, you’ll end up with an app that allows you to edit your photos and also allows easy sharing.

There’s a lot of good stuff coming out from Google’s R&D department. After all, this is Google and you can’t expect a sloppy performance or service to stay long.